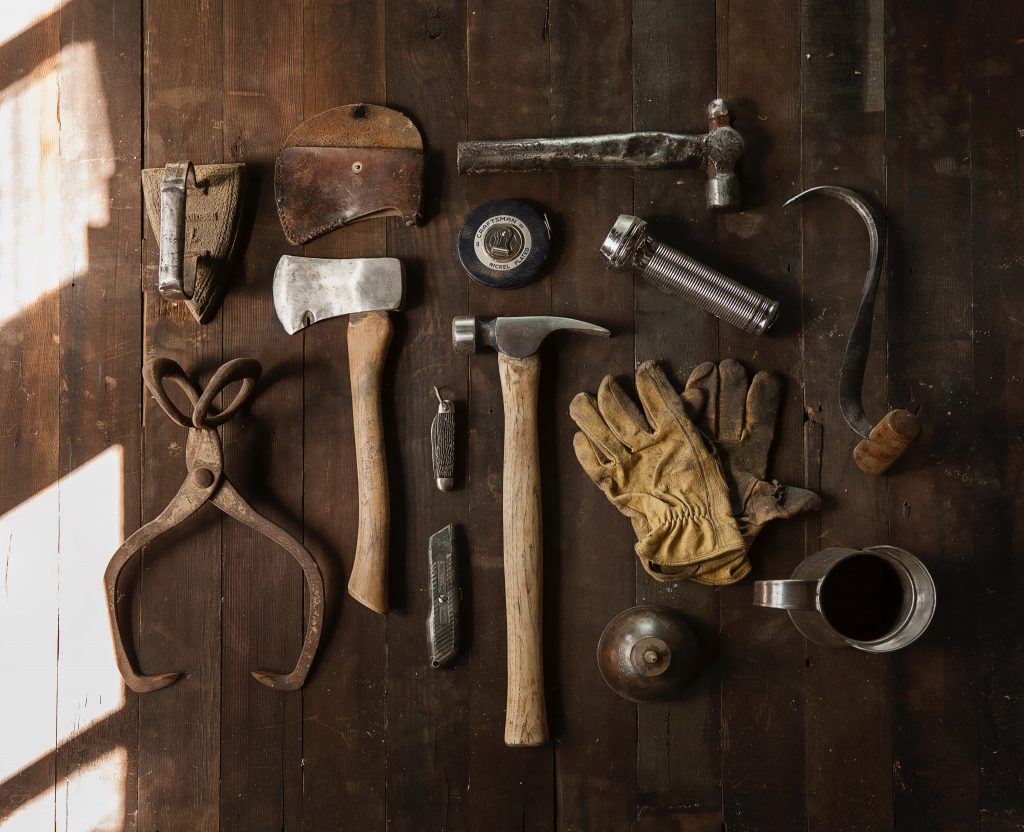 Most important things to know about modern Java ☕ 8 ⇒ 11 ☕

Java 8 features were here for quite some time. To be honest I didn't even spend much time with previous versions. I'm already from that generation of programmers that started with stream operations right away. Which means that filter, map, reduce is the way to go for me. Not to mention generics, enums and other Java 5 features. From my perspective, it was already there from the beginning. Before jumping into streams we need to understand how those functional things can work with non-functional Java. These additions are not part of the core language and they are just utility package which means that Java is not purely functional. Obviously, that is not an obstacle and it's more than enough for our daily development.

Something is missing? Give me a hint in the comment section I'll add it!

Few prerequisites to know before jumping into the article

Before going into specifics it's good to have an understanding of a few concepts.

? Compile Time - it is a time when you build/compile your code. After a successful compilation, you have your executable file but sometimes that fails and you have stack trace everywhere. In statically typed languages like Java variable is known at compile time which means that IDE can catch errors at the very early stage like int number = "string value"; ~ typecheck error
▶ Runtime - when the program is working (after compilation). There is a lot of things that can go wrong: NullPointerException, division by zero, running out of memory, opening a file that isn't there and much more.

What if I told you that String str = "rick" is immutable?
Also, that you can change its contents to something else str = "rick & morty"?
Does it make sense to you? If you are beginner probably not.
How something can be immutable and can be changed in the same time?
So... Let's make it even more complicated and add final keyword to it.
Now we have final String str = "rick".
With that you cannot assign a value to it because compiler type-check error gets in a way. Aggrr...

? final String str = "" - means we cannot change object reference so that it points into another object. In other words, we are not able to change the memory address of this object and we cannot assign a value once more.

? String str = "" - means we cannot change a state of the object that we created. What we're actually doing is a creation of another string object with the value of ("rick & morty") and we change its reference from str="rick" to str="rick & morty".

Steps to create an immutable class ?

Immutability is interesting concept and there is few more facts about it but this is beyond this post. Either way you may ask why immutable objects are preferred? On the one hand, you do concurrent applications meaning they run multiple threads and these multiple threads shouldn't interfere with each other. They shouldn't change the state of another thread, but on the other hand, there is the cost of creating these objects because each time you use the immutable object you create a new object and that will take some memory. Each time you change your object you have to take a copy of it. Basically we have to find equilibrium somewhere. What does have bigger value to you? Resources, memory or thread safety? That again depends on context but generally its better to use immutable objects as Joshua Bloch points in Effective Java.

Something to read later:

What is Functional Interface?

Functional interface -  is an interface that contains only one abstract method and has a @FunctionalInterface annotation.  There is no need for it, but with that interface is more readable/informative, so use it! Also thanks to that IDE shows you type-check error when you want to create more than one abstract method.

The most common example of functional interface from the standard library is probably Runnable.

Below example has watch() method which is implicitly abstract (meaning no abstract keyword).

Accepts an object and doesn't return anything.

Accepts two different (or not) object and doesn't return anything.

Takes an object and returns a boolean.

Takes an object as a parameter and returns another object.

This function has 3 generic types T, U, R. Takes two objects as a parameter and returns another object.

Intermediate⌛ and terminal⏳ operations on stream ?

? Intermediate Operation - these lazy bastards are methods of a stream and always return a Stream<T>. As was said they are Lazy which means that they need a terminal operation to invoke them and that means that they do not process any data. They are only a DECLARATION of the operation on a given stream. Same as String str is a variable declaration.

? Terminal Operation (final) - these bastards are not lazy and they work very hard. Thanks to them computation on a stream is triggered and some side-effect is performed such as count() which can count elements, amazing!

.peek - mainly used for debugging purposes (returns a Stream just like all other intermediate operations).
.forEach -performs an action on each element of a stream (returns void). Triggers processing of data.

The stream can be called ONLY ONCE! ☝

It is more concise, stream is used just once and of course code is more readable. Plain and simple.

From time to time we're going to use this Java 10 keyword. If you have coded Kotlin/Scala you know this keyword very well.

It's good that Java is going into that direction but after coding in Kotlin I miss that choice when I could just write:

Not to mention val which is kind of immutable, final (read-only) where var is mutable (read and write). Especially val quite useful and preferable whenever possible. The fact that most parts of our application are immutable provides lots of benefits, such as a more predictable behavior and thread safety. In the case of Java, we only have var which serves the purpose of inferring types by the compiler to some point.

Soo... Now a bit controversial topic Optional<T>. Which some of us like and others don't. Let's not go further into that discussion. Personally, I like optionals and I use them when needed. Kotlin has null safety out-of-box that's one of things why I like Kotlin. Okay then... Back to Java. Basically, you have two choices whether you want your variable to be null or not. That's all.

So... We have three ways to create an instance of Optional

var opt = Optional.of("notNull") - you know that it will not contain null otherwise NullPointerException at your face.

var opt = Optional.ofNullable(mightBeNull) - you don't know either it will contain null or not.

☕ Java 9 gave us interoperability between Optionals and Streams.

A more realistic example of optional or(): ?

Sometimes it is. But... Optional is useful because it forces you to think about the object. Another thing is that you can fluently chain calls where any call might return null. This is useful when each operation cannot be null, for example:

There is also another Option for NULLs! ?

Option from vavr library - which is simpler to use because it is less ambiguous than its big brother java.util.Optional. Younger brother of Optional  has only one method Option.of() which is less ambiguous to use in my opinion. It has two implementations:

None and Some indicating that there is or there isn't value.

We will not discuss it further because it's beyond the scope of this article, but if you're curious you can google it. Great article that points out basics: Do we have a better Option here? by Michał Chmielarz.

? Date and time from the age of dinosaurs  ??

Our IT world is going lighting fast and something that was developed ten or twenty years ago it's often bad because it has many flaws and that's good. We learn from mistakes, and next time we do it better. Sometimes our own mistakes, sometimes from other people mistakes. Going back to Date API we have few old ways of creating a date from java.util.Date and you shouldn't use any of them. As was said these objects have many flaws and are part of JDK 1.0/1.1 which was created around 1996-1997 (old and deprecated). Let me show you a few examples.

All the classes are immutable and thread-safe.

1️⃣ Instant - which is a point on the timeline

2️⃣ Duration - is the time that elapsed between two Instants

4️⃣ Period - is the amount of time between two LocalDate

Date and time precision is in nanoseconds.

Finally, HTTP client that is nice to use. Supports HTTP/2, WebSocket and Reactive Streams.

And what would be life without an example:

Waait, what? Why there is 3xx status code in the response? ?

Actually, HTTP client by default doesn't follow redirects. We need to specify that in our client by simply adding a method:

It is nice, but for me, restTemplate from Spring is a bit better (or I just got used to it). On the other hand, let's say we need two or more instances of restTemplate with different timeouts that way we need to create two different beans and things might get a little messy, so it might be better to use java.net.http in that case by adding .timeout() method to a request.

More snippets on OpenJDK docs (also there is asynchronous code - worth a minute to read).

My thoughts about modern Java Stack: ?

Obviously, the tech stack is heavily dependent on the company and team that you work with.

Those are only my personal (for now) preferences and they change from time to time.

Other features of Java: ?

? Guava - if you stop someone on the street and ask him for the most popular google library he would probably say Guava. Even though we have Java 8+ now there is still a few useful things in Guava. ImmutableCollections, Preconditions, I/O and more. Another thing is that not everyone has a possibility to work with the newest JDK so guava might be the answer. Check their wiki.

? Vavr- another must have is Vavr which allows us to write more functional code. Probably even more important library than Guava.

? JOOλ - another great library that has all the pieces that Java 8 misses.

? Vertx.io - event bus, a non-blocking library for asynchronous applications. Didn't have a chance to use it, so I can't say much about it, but I heard a lot of good things about it. The question is whether to introduce another library if we have Spring 5?

About Java in general: